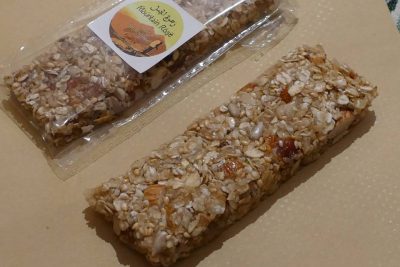 from St Katherine’s ancient network of Bedouin orchards and using them to produce energy bars, trail mix, granola and other hiking superfoods for Egypt’s growing outdoors market. Although once at the heart of life for St Katherine’s Bedouin many mountain orchards have been abandoned today. Climate change is causing longer, more frequent droughts, which makes things harder; lifestyles are shifting to wage-paying jobs in the towns, keeping owners away, and fruit is simply cheaper to buy when it arrives on trucks from Cairo’s Nile Valley. Only a minority of Bedouin keep their orchards active; those who do are the gurdians of a tradition which has been alive for over a thousand years. Mountain Rose seeks to create a viable economy around these ancient orchards today, putting down an economic incentive for their survival. 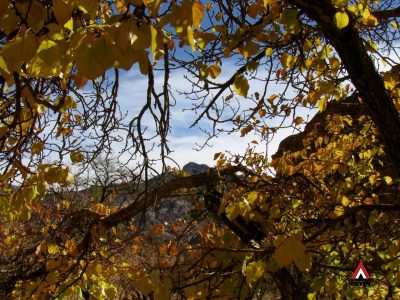 St Katherine’s orchard tradition goes back over a thousand years in St Katherine, to the times of Egypt’s Desert Fathers. Small communities of Christians settled in the Sinai for spiritual solitude around the 5th, 6th and 7th centuries AD, all of whom aimed at the greatest possible degree of self-sufficiency. These communities built dams and cultivated small plots of land in the mountains. Later, bigger, more verdant orchards were built around chapels and monasteries – some still visible today – and Bedouin communities followed in the next centuries, creating orchards in the highland wadis. Orchard produce like apples, apricots, pomegranates, figs, grapes, mulberries and almonds produced food and gave the Bedouin an important trading commodity. Nevertheless, over the last decades, many orchards have been abandoned and their long-term future is uncertain.

Towards a Sustainable Future 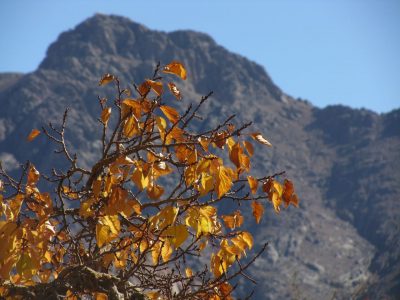 Yemen – Mountain Rose was founded in 2017. It works with the owners of Bedouin orchards in sourcing the best organic produce, buying it at a fair, market price, and creating jobs – often done by Bedouin women – in gathering, transporting and drying fruits and nuts. Apricots, dates, apples, mulberries, figs, almonds and mangoes are a typical harvest. Fruits are cut and dried in the St Katherine sun, then made into energy bars, energy balls, trail mixes, granola and fruit pastes. Buying from Mountain Rose supports a local supply chain and creates jobs and work for the local community through which their traditional knowledge and skills can be kept alive in a real, breathing way. Mountain Rose has a small shop in St Katherine and products can be ordered ahead.

Mountain Rose is the official supplier of hiking super foods to the Sinai Trail, Egypt’s first ever long distance hiking trail. Founded in 2015 and managed by a Bedouin cooperative of eight tribes, the Sinai Trail is about boosting adventure tourism and creating a kind of work through which the Sinai’s traditional knowledge, skills & heritage can be preserved. The Sinai Trail creates works for Bedouin guides, cameleers and cooks. And through its partnership with Mountain Rose, it is widening its economy to support orchard owners. Mountain Rose has also been a supplier of hiking superfoods to the Three Peaks Egypt Challenge since 2018: a specially-produced energy bar including three kinds of dry fruit – one for each of the three peaks – is made for the challenge. Our projects are part of a broad alliance of community initiatives supporting the region.