The Sinai Trail is Egypt’s 1st long distance hiking trail. It launched in 2015 as a 220km route, taking 12 days to complete, and involving three Bedouin tribes. The original trail ran from the Gulf of Aqaba to the top of Jebel Katherina – Egypt’s highest mountain – and was completed by hundreds of hikers from Egypt and around the world. It was voted the best new tourism project in the world at the BGTW Tourism Awards in 2016. Later, in 2017, Wanderlust and Outdoors magazines both ranked it one of the world’s best new trails. The trail was successful, but the Bedouin behind it did not want to stop. They wanted to continue developing the trail it until it showed as much of the Sinai as possible and created opportunities for all its tribes.

Following two more years of work – and thousands of kilometres of exploration on foot – the three tribes who began the trail worked with other, new tribes to extend the route. Today, it is a 550km trail, taking 54 days to complete, involving eight tribes.

Sinai Trail in the Media 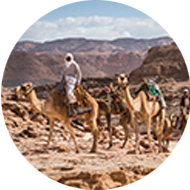 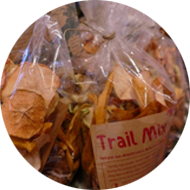