This Autumn, for the first time ever, we’ll be walking the whole Sinai Trail and we’re breaking the route down into FOUR parts: PART 1, 2 & 4 of 12 days each and PART 3 of 14 days. The first part is from Ras Shetan on the Gulf of Aqaba coast to Ein Kidd where there is a beautiful oasis with palms and bamboo. On the second part the route continues from Ein Kidd to the highlands of St. Katherine. You will walk through narrow wadis, cross high passes and climb some of the highest peaks in Egypt. The third part runs from St. Katherine to Serabit el Khadem via some of the Sinai’s most remote wadis and mountains.
The fourth part is from Serabit el Khadem in the Gulf of Suez to Ras Shetan in the gulf of Aqaba. It run through the Middle East’s greatest wilderness. We will walk through wadis, red sandy deserts and we will visit the ruins of the Pharaonic Temple of Serabit el Khadem, and its surrounding turquoise mines. 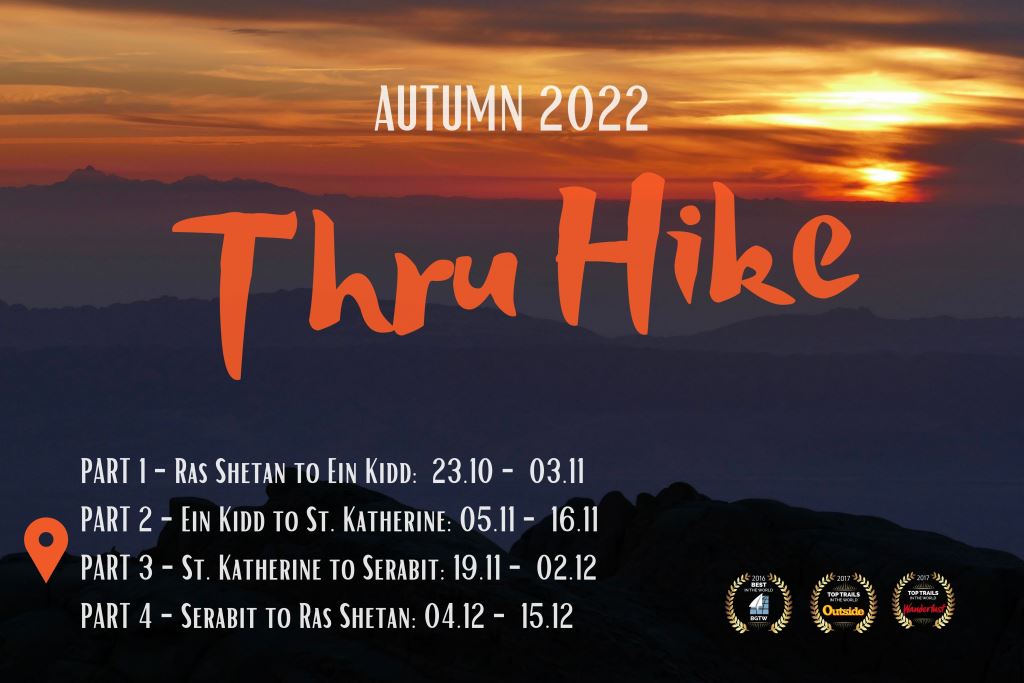 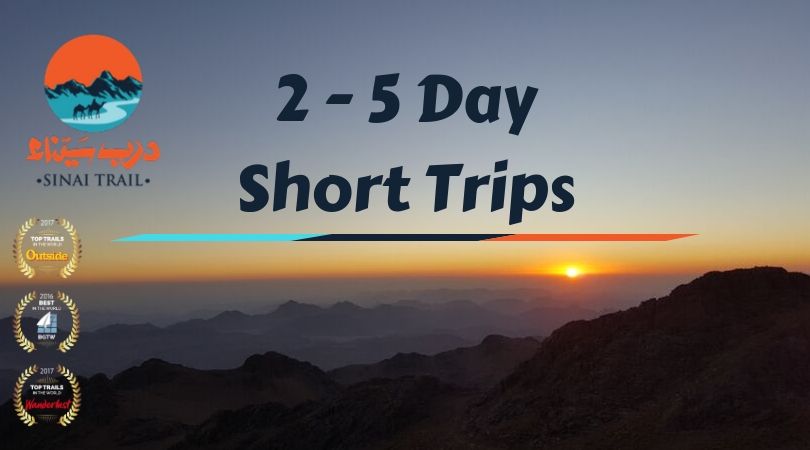 The Sinai Trail has been extended from a 220km, 12 day hike to a 550km, 54 day hike involving ALL THE EIGHT TRIBES of South Sinai. For the first time in over 100 years the tribes of the region will work together on a travelling route and we will be marking the launch of the new trail with a series of EIGHT special trips. ONE TRIP in the territory of EACH TRIBE.

Read More
We use cookies to ensure that we give you the best experience on our website. If you continue to use this site we will assume that you are happy with it.Ok