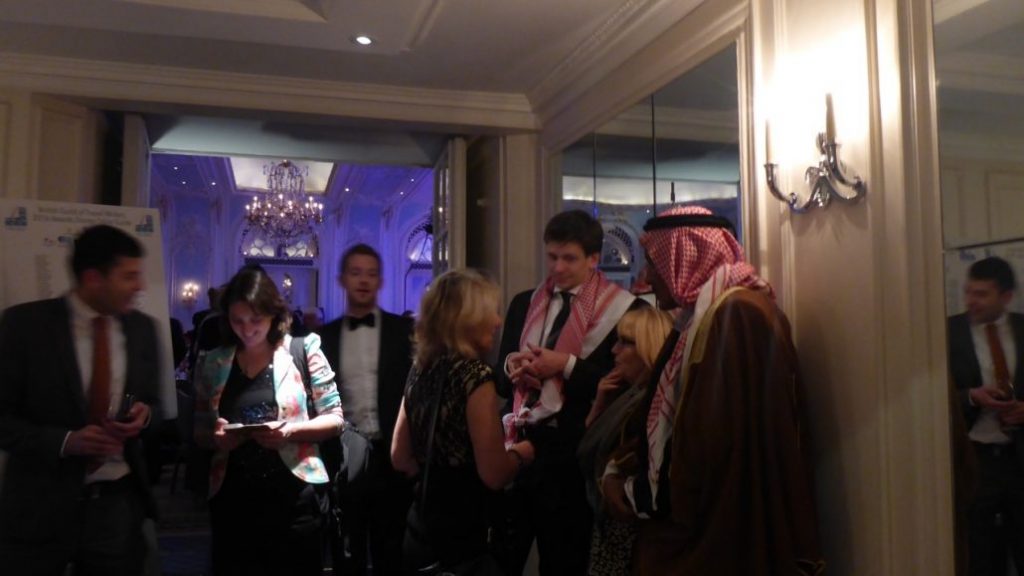 In November 2016, in a glittering award ceremony at London’s Savoy Hotel, the British Guild of Travel Writers named the Sinai Trail the best new tourism project in the Wider World. Sheikh Ahmed Abu Rashid of the Jebeleya tribe attended the ceremony on behalf of the Sinai Trail, meeting the Governor of South Sinai, the Egyptian Minister for Tourism, and the Egyptian Ambassador to the UK. This is wonderful news in the Sinai Trail’s opening year and will help bring the kind of attention with which the trail can reach out to wider audiences around the globe. A big thank you to the BGTW for giving the trail such a prestigious prize, especially when tourism is down and most newspapers are too afraid to feature it in their travel sections. And an equally big thank you to the hundreds of people who helped us develop the trail along the way; many small acts of help and kindness together became something much bigger, carrying this project further than it could ever have gone alone. The award belongs to everybody who helped this trail and we want to dedicate it to the most beautiful place in the world: the Sinai and all its

For the first time in over 100 years, the tribes are collaborating again on a travelling route.

From Sinai to Mars: Mohammed Sallam